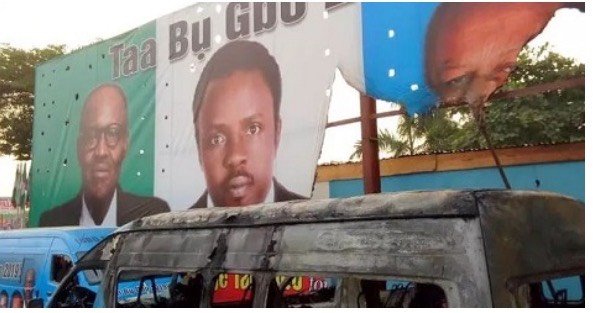 Both the buses and the office were alleged to have been burnt by some improvised explosive device, IEDs, report claims.

According to the report, Mr. Ogara claimed the Improvised Explosive Devices were used to destroy his buses and campaign office by hoodlums he said he does not know where they came from or who sent them.

Mr Ogara said, “Improvised Explosive Device, IED, bomb is not a matter a civilian like me can intervene. The police and DSS will investigate that matter.”