She thanked everyone for their support during this difficult time and asks for privacy. 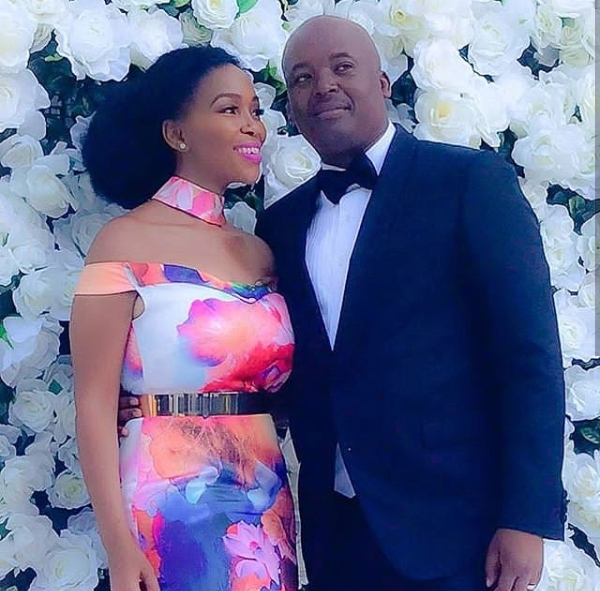 The couple have three sons, Nkululeko, Thamsanqa and Luvuyo. Their daughter, Zinathi, was killed in a car crash in 2009.

She announced the split days after Nhlanhla paid tribute to TK in a Father’s Day post, thanking him for being a good role model to their sons. 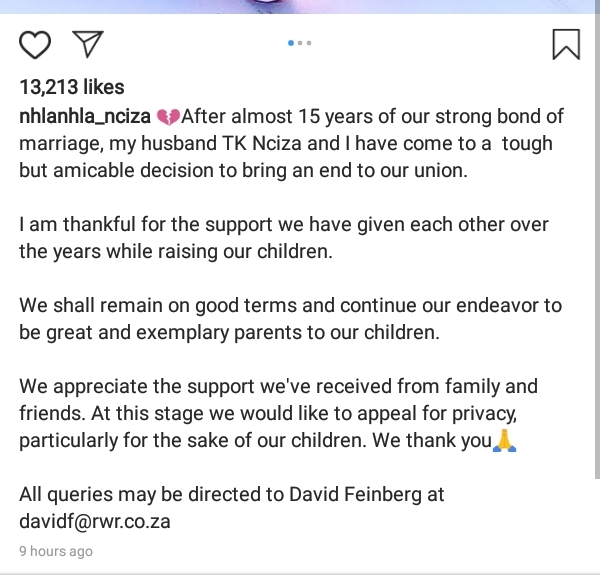