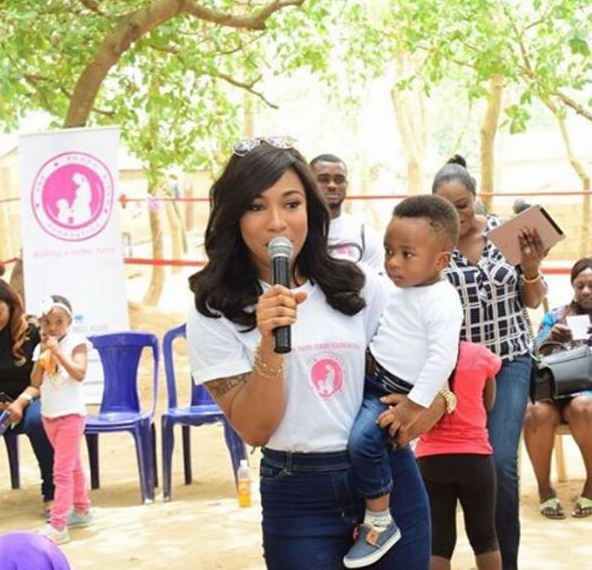 Nollywood actress and philanthropist, Tonto Dikeh has shared an interesting opinion in a recent post on her Instagram page, as the actress revealed that she will not let her son, King Andre, address anyone as ‘aunty or uncle’ except they are family members and related as such.

Tonto stated that she grew up with this and found it a bit offensive that she had to call random people aunty and uncle even when they weren’t related to her at all.
She pointed out that her son will be very polite and respectful towards his elders but will not use such names to identify anyone who isn’t directly related to him.
She wrote: 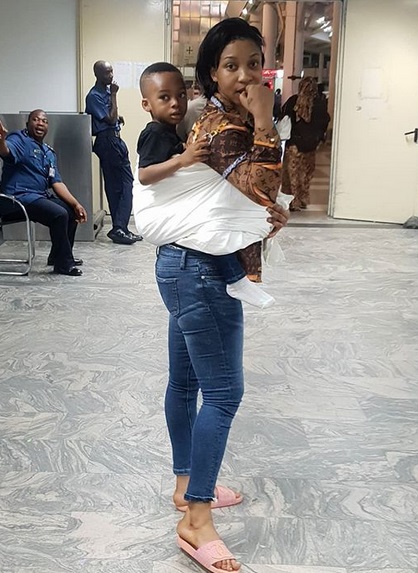 “WOULD YOU RATHER YOUR KIDS CALL STRANGERS MR/MISTER MRS/MA’AM THAN AUNTY OR UNCLE??? I grew up in the age where everybody is called uncle and aunty wether related to us or not.
I really have FOUND this very offensive over the years and even actually embraced it to as i call TOTAL strangers Names like Mama, Aunty, UNCLE ETC..I MEAN I EVEN CALLED MY SCHOOL TEACHERS,BIBLE SCHOOL TEACHERS (Uncle and aunty).
Having a child now,i don’t think i wld ever allow him address anyone with uncle nor aunty..He will be extremely polite but for no reason wld he be calling anyone outside my family and his fathers family UNCLE NOR AUNTY!!!
NEVERRRRRRRR!!!!!! MOMS WHAT ARE YOU THOUGHTS? I’M JUST BEEN A #MOMSTER OR I HAVE MOMS FEELING SAME WAY????.”