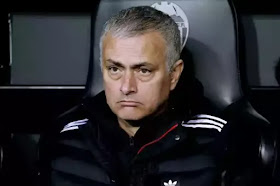 The Portuguese’s two-and-a-half years at Old Trafford came to an end on Monday after he was sacked by the club’s executive vice-chairman Ed Woodward.

Mourinho was ‘surprised’ by the club’s decision and felt the board should have given him more time given his view that they failed to back him in the transfer market.

The 55-year-old felt his first two seasons at the club were a success but blamed ‘outside negativity’ from pundits like Ferdinand and Scholes for creating a bad atmosphere at Old Trafford.

Scholes in particular has been scathing of Mourinho in recent months and said the coach was ’embarrassing’ the club.

Mourinho refused to criticise former players in press conferences but was hugely resentful towards the likes of Scholes during his final months at Old Trafford. Mourinho felt his side of the story was rarely showcased and believes United’s problems stem from the boardroom.

Ole Gunnar Solskjaer has since been placed in charge at Old Trafford and will lead the side for the first time against former club Cardiff City on Saturday.