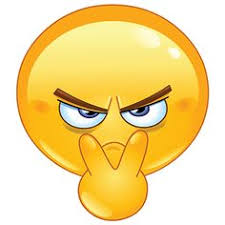 Citizen TV reported on Sunday that Narok County Commissioner George Natembeya issued a ban on night prayers after linking them to early motherhood. He told the broadcaster that in March 2018, 17 girls from Suswa Girls Secondary School in Narok County were found to be pregnant. The same town, in 2004 suspended street preachers, unless sanctioned by police.

Natembeya’s directive has since sparked mixed reactions among Christians in the East African country with some urging government is protecting the country minors. Others, stressed that that the directive is against freedom of worship in the country.

Samuel Nganga, a resident of Nairobi said: “This is ridiculous, I don’t understand how prayers at night can be related to immorality, I think the county commissioner has done no research. Do not provoke God in Narok, it might just bounce back on you. Don’t try. Narok Pastors kindly plan a ‘kesha’ (popular word used to refer to night prayers) at the Narok stadium and invite the county commissioner. This is one of the many ways of fighting Christ,but GOD is able in fighting his wars,have an eye on this,the one who banned kesha prayers will not be the one to uplift the ban,” Nicholas Muendo, a resident of Machakos remarked.

James Ndiga said, ” I started attending night prayers in my teens and have never heard people getting babies in the morning, the only place Kenyans feel more secure is in the church.

Meanwhile, this development comes at a time local media has also reports that two churches at Kisiriri village in Laikipia West Constituency were burnt to the ground on Sunday during an operation to flush out illegal grazers and bandits.