On Monday June 24, 2019, Nollywood actress, Queen Wokoma’s husband, Prince Kalada Allison took to his IG Handle which is on private to announce that their Marriage which was contracted in 2017 and produced a child has crashed
He emphasised that peace of mind is important and begged that there should be no bashing for the sake of their son. He also noted that No man wants to die before his time which leaves many wondering what actually went wrong… See his post below 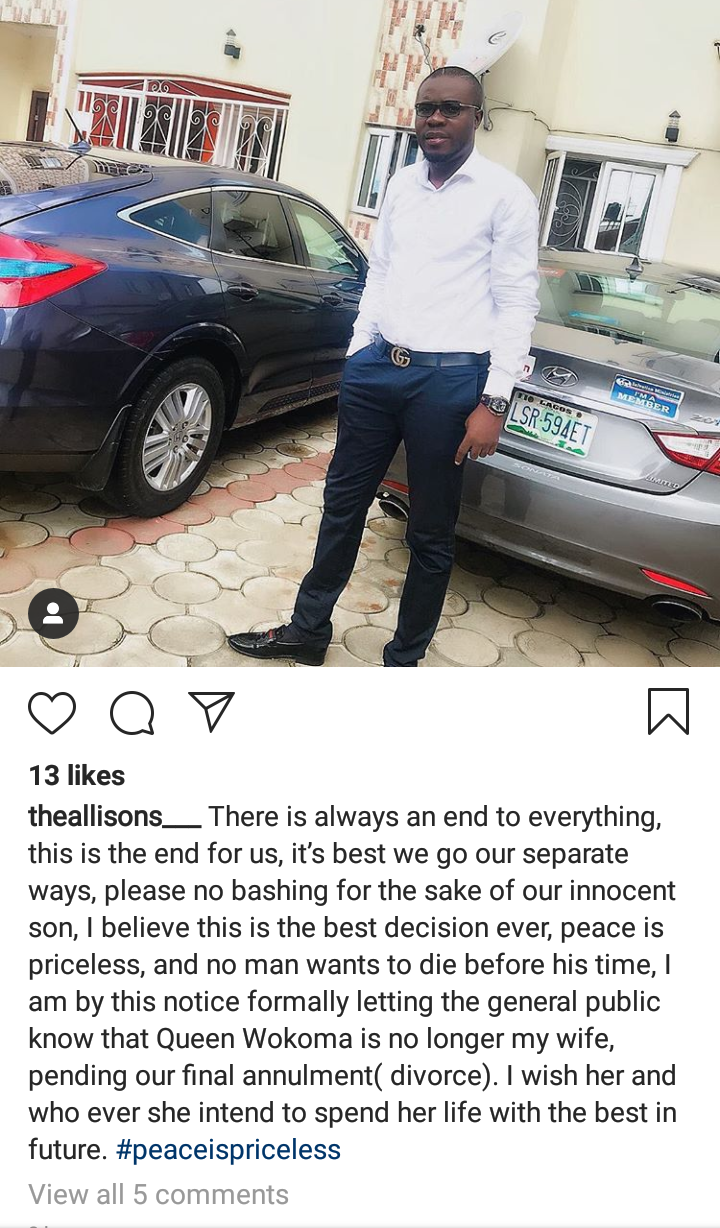