However, I had some interesting cravings like asking hubby to go get me ice cream at 11pm . Poor guy will go and I will just have few spoons of it and be like I am done. On day I even cried because I wanted a burger. Hahahaaa. Other days I was in the kitchen cooking 3-4dishes at the same time because I wanted a little of everything. Loll

Fast forward to the end of my pregnancy, it was found out that I was still thrombocytopenic (my platelet count was quite low) and my doctor was very worried about it because if it were to drop lower, I wouldn’t be able to get the epidural if I wanted to and if C-Section was required it would be done under general anaesthesia. I therefore spent the last few days on steroids prescription to make sure my count stays above 85,000. I was very thankful to see that with the drug, my count jumped to 115,000. I knew I was safe for whatever may happen.

From about a week before my due date, i started having some contractions but at the prenatal visits, the doctor kept saying that I was nowhere near dilation. She suggested things like nipple stimulation, sex, and walking to start things going. But me that wanted my baby to come on my birthday, avoided all of those so I don’t give birth before my time. Lol.

All this time, my mother and hubby had finished the food I brought and my mother was complaining about not be comfortable to sleep. To kill her time, she was chatting people on WhatsApp and taking picture of herself. In the meantime, hubby was still rubbing my back when contractions would start. Mind you that by then , I have been having contractions for more than 24hrs and my last meal was the day before around 5pm. 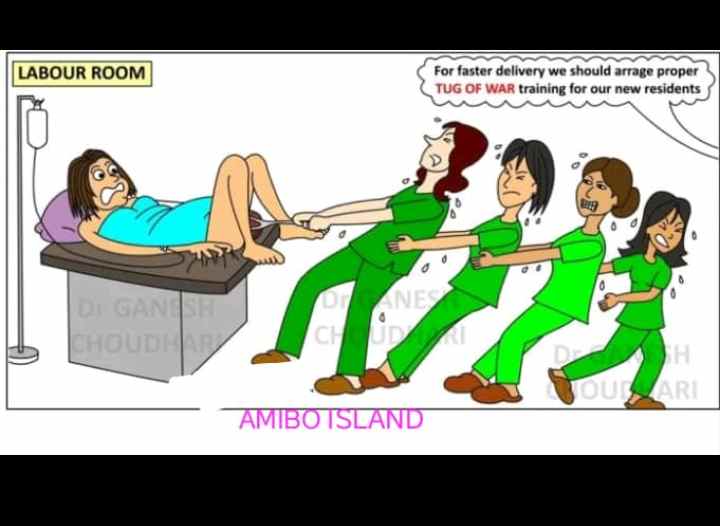 At around 3pm, the contraction were even more intense and I was almost crushing hubby’s hands whenever they started. The doctor came to check and said I was 6-7 cm dilated. She suggested that I was injected with Pitocin and I asked for something to reduced my pain since I didn’t want epidural so they gave me Tylenol through IV. That latter one didn’t do anything even …

At around 3pm, the contraction were even more intense and I was almost crushing hubby’s hands whenever they started. The doctor came to check and said I was 6-7 cm dilated. She suggested that I was injected with Pitocin and I asked for something to reduced my pain since I didn’t want epidural so they gave me Tylenol through IV. That latter one didn’t do anything even …

Mtcheewww.
I was continuing to bear the pain. My mother started complaining about how she said that my water should break first and that she was super hungry that my hubby should help her grab food. I told them both that he couldn’t go anywhere because he is the one who massages me when contractions start and that they have both eaten the morning while me that I am in labor , I haven’t had anything since while I am getting weak. Hubby said that i should let him go because she is older and I asked him if all she cares about while her daughter was in labor was food then there is an issue. Mind you that the way my mother was sitting, even the nurse came to ask me if she was my aunt or mother in law and I had to give excuses that she was tired because she just came from Africa.

Anyway back to me, the Pitocin increase my contractions to 8 cm and right there they got stuck.

Even though I was still bearing though the pain, I was very weak and contrary to earlier, I couldn’t rest between contractions anymore. At 5pm, I asked for my doctor to come in and told her that I wanted epidural because i didn’t think I would make it alive to 10cm. She told me that i was so strong, that I’ve come all the way to 8cm so I can finish but she still asked the nurse to do a blood test to check my platelets so they can get things ready in case i really want the epidural. My people, platelet count result came back with 84000. That’s where the whole story changed ooo.
The anesthesiologist came into my room to give me a “Grammy speech” on how I was a strong woman and that unfortunately with the way my platelets have been dropping, it was too risky to give me an epidural blablabla. I kuku said well done to my village people and face whatever life was about to offer. At 6pm , doctor asked me to break my water so it can accelerate the dilation. That thing was so uncomfortable!!! Despite that, dilation didn’t go anywhere ooo. At 8pm , I started begging the doctor to do a c-section because iI was very weak. She reminded me how they would have to put me asleep to do it because of my platelet issue and she told me how she doesn’t think that it would be nice for me to not see my baby for the first hours after I birth him because I would be sleeping.
She said she was going to go concert with the night anesthesiologist because she felt like I was so tensed due to having been in labor for so long that my body was not relaxing enough to continue labor. He asked for another blood test to be done and since God is always faithful, the count was now 87000. He came to tell me how he wouldn’t risk the epidural even though there is an improvement but that he will give me some type of anesthesia in the back to help reduce my pain.I quickly told him that I would take whatever he gives me because I couldn’t keep up anymore. He came back with the nurse to hold me still and told me that drug was only good for an hour and that he hopes I would have completely dilated by then. Jokes!!! It was 9:30pm by then and the drug made me go to 9cm but I was more relaxed.
The drug wore off only after 30min and I started begging the nurse to go tell the anesthesiologist to please come and give me 10times the previous dose. They both came back and the anesthesiologist said he could only give me two times the dose which should help for two hours. I started praying God that this baby come within that period . By 11:30 -12am, my doctor came to check me and while doing it she had a disappointed face. Right there I died thinking that things were still the same and will never get better. Only for her to start laughing that she was joking and that I am at 10 so it’s time to start pushing.

Omo, I wish somebody had told me that the whole championship of pregnancy lies at the pushing part.

All those prenatal classes will be telling you about all the techniques to deal with contractions but nobody tells you about the pushing. They gave me instructions on how I should wait for the contractions cycle to start before pushing and once it starts, I would push all in until she counts to 10 which is going to be repeated 3 time before the contractions end. Right there, I remembered what I have been seeing in movies. I told myself that I would push one time and my baby would be out. Village people clap for yourselves again! I was there for a good hour pushing with my husband holding one of my legs while the nurse held the other one and they kept telling me how the baby was already there. During that period i was really feeling like hurting my hubby for getting me pregnant.
Why is it women who carry all the burden? Like why???? I would push only for them to tell me that the baby is almost there and he has a lot of hair *side eyes*. My Doctor was also massaging olive oil on my perineum and around my jay to help them stretch and avoid tearing. Mogbe, as in why me?? Anyhow at 1:01am, my bundle of joy came to life. I won’t lie saying that I was over the moon. For few seconds my soul had left my body and I swear I was seeing a light in front of me until I heard a voice asking me if I wasn’t gonna hold my baby.
That was my doctor ‘s voice and it brought me back to life only to see my baby be handed to me. As he was put on my chest I was very excited to meet him but too weak to show any emotion; still, I was holding to him so tight, admiring him and not believing that he was mine. Then, I heard the doctor asking for needle and I was like “ kilo shele?”She told me I had a tear and she needed to sew me back. I could care less at that point because I was holding my baby already. All this while, my mother, all through the pushing, was still sitting on her chair with her face turned away because she didn’t wanna look. Then when the baby came she stood up trying to come take him from me. I didn’t want her to touch him after all her behavior but I was too weak to fight anyone at 3am .
I was ruled to my recovery room and despite being tired I couldn’t sleep because I was just scared something might happen to my little one. That anxiety continued for up to 10days after giving birth to him as couldn’t stop waking up to make sure he was breathing and fine 9 newborn have a tendency to stop breathing for couple second because they are not used to breathing). We got discharged after two days and we were all very excited to go home because hospital beds are real punishments. Unfortunately for me, 3 days after coming home, I was back in the kitchen because my dear mother would wake up yelling about how she was hungry meanwhile there was plenty food to cook in the fridge. I was still very weak from childbirth but since I was nursing, I needed food so I stood to cook. Having been back to that stress so early, didn’t allow me to heal well and even though I am 2 months post birth, my tear is not healing properly. I just tell myself that I at least got a beautiful baby out of the pain.
To those out there who have supportive mothers who cared properly for you during pregnancy and postpartum, consider yourself blessed oo.

To those out there who have supportive mothers who cared properly for you during pregnancy and postpartum, consider yourself blessed oo.

To every pregnant women out there, I wish you a blessed journey by God’s grace.

To those praying to get pregnant, may God grant your wishes as you are reading my story.

Me: You ended up baby sitting two babies…. Lol. Congratulations Toyin. Thank God that it ended in praise. As for your mother, it was even better for her not to be around.