I gasped for breath! He was mumbling stuff about how much he loved being inside me, how he’d never desire any other woman other than me, in between mouthfuls of my nipples and lips., I was listening o, but at sometime my moans got so loud, they drowned out whatever he was saying. 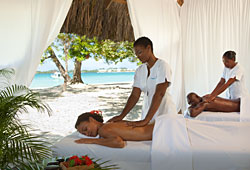 Hubby has a sexy baritone voice when he whispers in my ear, I get turned on.

He came after 20 minutes of thrusting, I thought it was over. How wrong I was. He was hard again in 10 minutes and the next one hour ( I am not exaggerating, please) was spent taking me in several positions, tantric, spooning, lotus and finally on all fours… How did I know all the names of the positions? He told me their names each time he positioned me however he wanted.