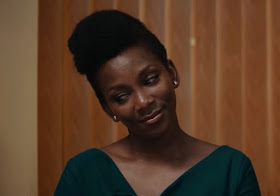 In a message currently circulating on WhatsApp and posted on her behalf by Ugoma Adegoke, the CEO of Life House, the actress revealed that although getting to show her directorial debut to her fans has been giving her a mush feeling, unfortunately, not everyone shares her enthusiasm.

The statement describes as sad the fact that the very people who pose as Nollywood supporters and promoters of their content are the same people frustrating the efforts of film makers.

“FilmOne, one of the major film cinema distributors, has categorically refused to distribute Lionheart, primarily because they have no stake in it. They are currently invested in a couple of movies showing in the cinemas and want to protect their assets at all cost. Monopolizing the market this season is their strategy to recouping their investment,” the statement reads.

The actress adds that although pioneer cinema house, Silverbird agreed to exclusively exhibit ‘Lionheart’ across their cinemas, as soon as the announcement was made about the release, the ‘powers that be’ of distribution and marketing proceeded to arm twist them into backing out of the agreement by threatening to boycott them in the future.

*They refused because they don’t have a stake in it?Well,Why not have a meeting and reach an agreement with them?We have been already told in several posts how Nollywood does not support its own,so this isn’t really a surprise…..Meet with them and reach an agreement because calling them out might make this worse…..Sometimes you need to apply Solomon’s wisdom…..Not supporting them,just saying,Apply wisdom in dealing with people like this…..Besides no one else has complained!!